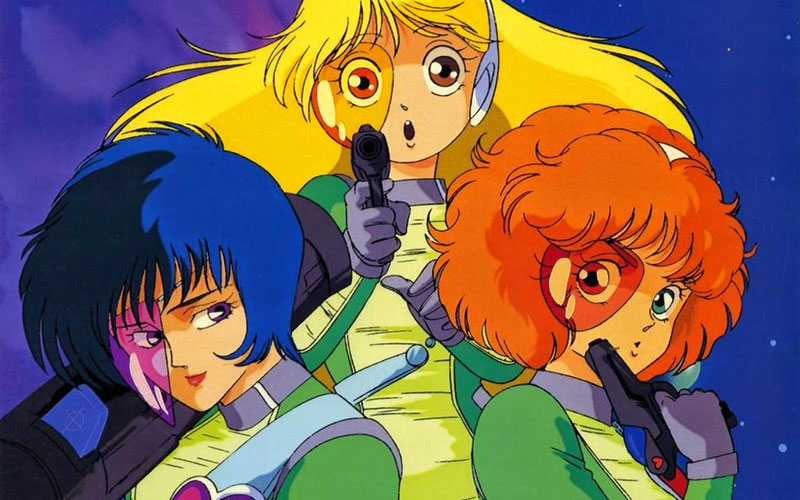 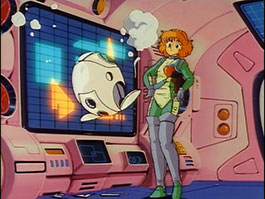 What this world needs is not more cowbell (thanks Christopher Walken), but… more super cute stuffed animals that come to life. Mmm hmm. You got to love them and hug them and this anime has that and room to spare. Even killer giant stuffed animals… can this be for real? If you want high brow you better run and hide, because Twinkle Heart is about two things, simplicity and all things adorable. KAWAII!!! 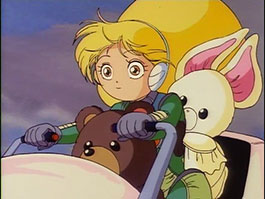 So apparently God has a couple of daughters and they have a very important assignment. Their names are Lemon, the sweet one (lemon’s are sweet?), Cherry, the loose cannon (token redhead 🙂 ), and their posh guardian Miss Berry. Together they are in search to find the ultimate love in the universe that has apparently become lost. Now hold on, are you telling me God has lost the ultimate treasure of love? Dude you are not keeping up your end of the bargain, who voted for this guy anyway… I miss the other God, he at least remembers love… OK enough of all that. The three girls end up getting a signal on a distant planet and proceed to go, except Cherry waits for Lemon and Berry to get changed before going into warp. Lemon gets her bra strap stuck on her sweater. COME ON! We got a mission to attend to. 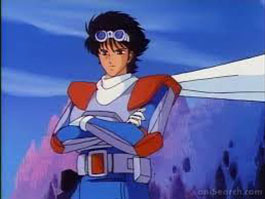 Once our merry band of ladies arrive to their destination they discover the source of this lost love and it is contained in two totally cute stuffed animals. One a bear named Shimy Shimy (this one is shy just so you know) and a bat named Cream Puff Bat (and this one loved cream puffs so much that eating several turned it white). Both of these adorable ‘toys’ are being harassed by a few bratty little boys. The girls try to stop the bullying and in doing so end up going crazy because you should never, ever… ever… call a girl a flat chested pig. That’s a direct quote! Cherry being the sensible one lays down the law in an almost psychotic way. Once free of the so-called brats, Berry begins to ‘communicate’ with our cute stuffed friends. 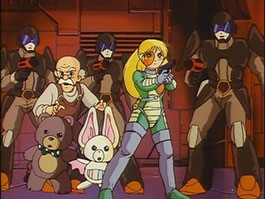 And then… this dude in a scarf and nicely combed hair shows up to steal these stuffed animals because that is his job, a treasure hunter (and not a pirate). Lemon seems to think he is some guy she met on Earth. Her heart is going pitter pat because he looks exactly like that oh so cute guy that showed her how to drink a milk properly without swallowing the marble in the bottle. … I may have done enough damage as to describe practically half of this 45 minute one-off OVA. Well I can provide on more spoiler… guess what the name of the guy who invented the toys is named? Geppetto; nice reference to Pinocchio. It may not be for everyone, but you can at least have a sense of humor and enjoy what it is. I found it a funny release, but I would not consider this high on any priority list.

Oh how I want a piece of ham and bread to go with this cheesy anime. Twinkle Heart is often considered a pointless anime, not bad, just pointless. Still something seems to be missing. One absolute remains… in the title screen it said that this was volume one. Are you telling me there is, or was a volume two? A second installment never made it into production, but it makes you wonder what if it did? I’ll be honest… I would watch it!