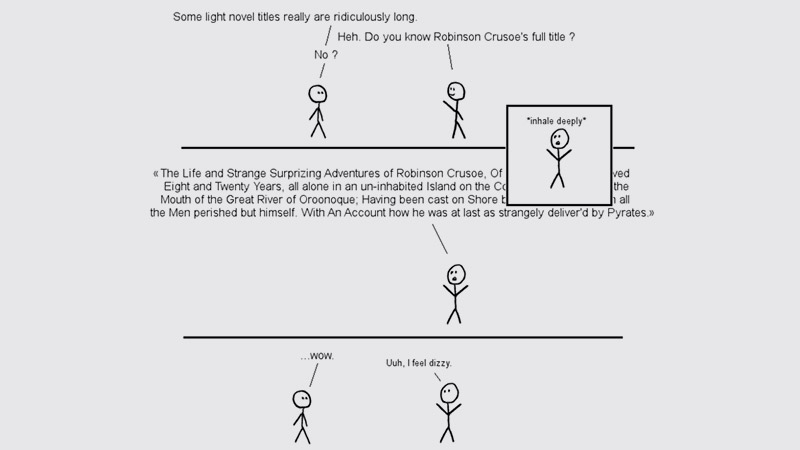 Now it’s my turn! Even though I’m a little late, I did show up.

Let’s resurrect some titles from the yonder days of Japanese animation awesomeness with short titles and make them really long… really, really, really long… hey the kids will love it! Apparently Japanese light novel series now-a-days have these very long titles that are en vogue and since I am stuck in 1985 I was not aware of this. A quick shout out to Curtis at Iridium Eye Reviews for both nominating and enlightening me about this current trend. I would like to thank the Academy for starters…

… by the way in case you didn’t know I owe my inspiration for my version of the title of this entry via the Monkee’s song, Long Title: Do I Have To Do This All Over Again?, which was featured in their psychedelic film masterpiece Head! (Scene from the film)

Now my challenge is let’s go with really super short titles… meaning anime titles of only one word (and maybe the addition of a number), the better. Five titles as well… hmm? Why not eleven? What do I have in stock already? On yeah… check these out!… and if you want more info, or my opinion on each entry I have a link to a respective review/entry. 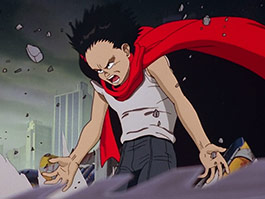 Reason number 28 why one should not bully, or make fun of, or disrespect your classmates or peers with anger issues. 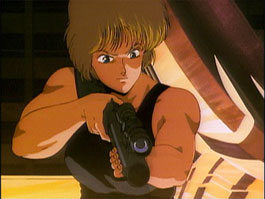 Don’t you see we live in a glass bubble of pure madness that only appears to be clean, safe and orderly? 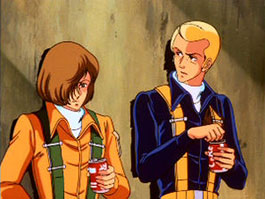 You know you are in for a bad day when you wake up from a hangover finding out you signed up for a foreign legion air force. 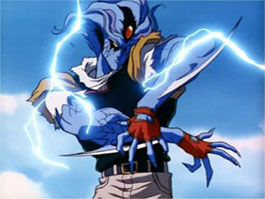 Ah man, why do I have to have these crazy super powers? And my skin turned all blue too! 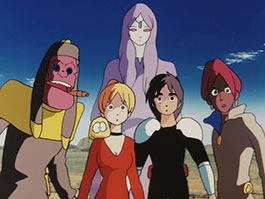 There is like a sword, and these weird aliens and this ghost that me and my friends have to deal with while surviving a huge explosion that destroys everything. 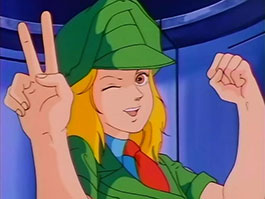 If you ever need a hero find a bubbly blonde to talk to a misbehaving computer like it’s a spoiled child. 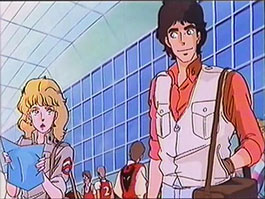 The ultimate crime fighters: a reporter and her android partner, who so happens to be a photographer and bodyguard. 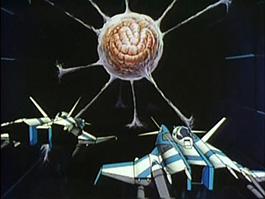 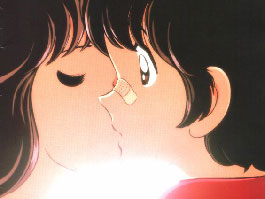 Who ever thought I could have been an ace pitcher and fall in love with my long time crush who happens to be my next door neighbor as well? 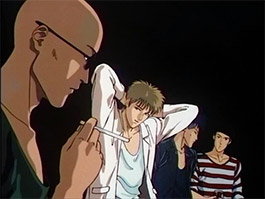 Dude, let’s get this plain and clear, I play music my way and my way only! No selling out! 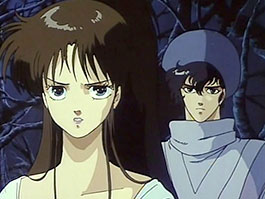 Are you willing to sacrifice all your true love and happiness for either duty, or money during this upcoming war? 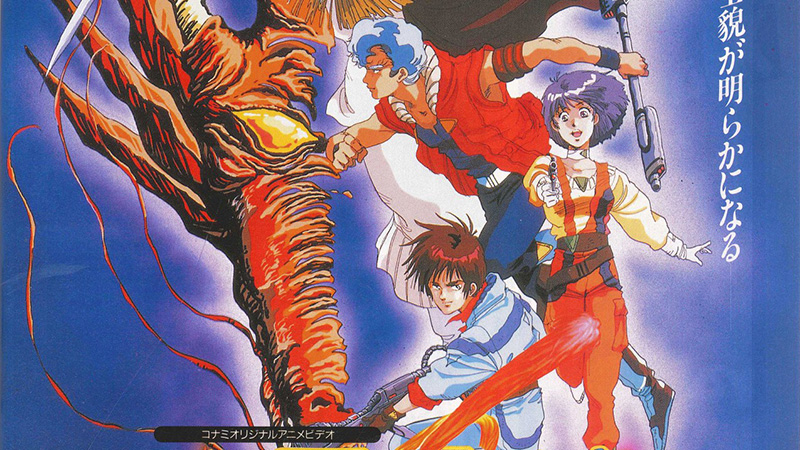 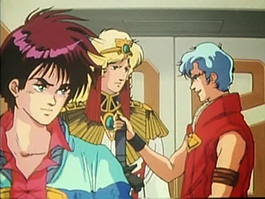 Not very often one sees the Konami logo making an entrance before the start of an anime. Video games most definitely as Konami created many a classic for early consoles during the 1980s and 1990s, but an anime… what’s the catch? Could it be an anime based on a video game in Konami’s library? Obviously. Anime as a promotional tie in is nothing new and with Konami’s Salamander (Life Force for the NES) a three episode OVA would be commissioned to begin release in 1988. So we have an anime based off of a space ship shooter? A schmup? Work with your strengths here add some heroic characters, space opera and a little character development and you get a production that is actually pretty good.

While the video game of Salamander lays down the foundation of this anime with attacking an alien threat while piloting the ever well designed Vic Viper space craft, other influences would also color the anime into a more flushed out production. Why not add in references to Salamander’s fellow siblings Gradius  and Gradius II: GOFER no Yabou as well. Plus lets include veteran director Hisayuki Toriumi and Studio Pierrot for production and character designs by Haruhiko Mikimoto (nice choice!) to polish off this package. Salamander is solid 1980s space opera complete with the look and feel one would expect from the era and best of all you don’t have to be a fan of video games. Now let’s see how this plot unfolds! 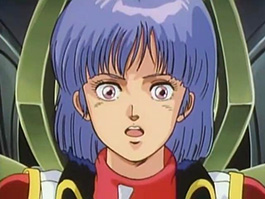 Much like 2001: A Space Odyssey we begin with mysterious black monoliths, except these look like the giant stone statues found on Easter Island. Legend states that these protect the planet Latis from a sleeping fire dragon. This dragon has ties with an invading power, the Bacterian of the planet Salamander and recently on the planet Gradius, three young heroes defeated this power. Latis’ prince Lord British (nice name) calls forth these three fighters even though the relations between Latis and Gradius are difficult at best. Arriving in Vic Vipers, our heroes Dan, Eddie and Stephanie make their entrance in front of the regal Lord British. Sounds fairly ordinary at first except Eddie and Stephanie have some baggage from the past which become major plot points. Eddie’s family has ties to the planet Latis and Stephanie mourns the loss of her father from the invasion on their home world of Gradius. Instead of being just a flash and dazzle showing of aerial acrobatics and dogfighting, we get character drama, which I can be sure was not part of the original video gaming experience.

The following two episodes bookend the opener. Episode two acts as a prequel, tying up unfinished business that was hinted at previously, and episode three delivers a subsequent sequel and finale. Being based on space ship shooters it is nice to sit back and relax for once instead of being in intense in the moment. Let the pros handle this one! And maybe it is just me, but Salamander does feel a little slow. Watching the first episode alone is enough of a story in and of itself and then adding in the final two gives more depth, but kind of repeats similar themes, characters and stories already. Maybe I am being a little too critical since I have seen my fair share and a half of space opera anime and know many of the tropes familiar with the genre. That being said, Salamander is still well above the upper end of average. 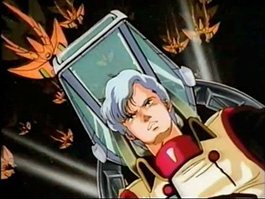 Cast in the same era as other space opera OVAs like Gunbuster and Dangaioh, Salamander is a worthy recommendation if you can get a hold of it. My initial draw to Salamander were the Mikimoto character designs. As a fan of his work I do my best to track down all that I can to see those tried and true sparkling eyes again and again that he is known for. I won’t lie, this OVA for me is all about the visual appeal. Ironically this anime also led me to later give Gradius a try on the NES; a fun game. As of this writing I have not tried Salamander/Life Force, maybe in the future. And just in case you are wondering… the famous ‘Konami Code’ will not work with this OVA. No free power ups, or 30 extra lives this time round.