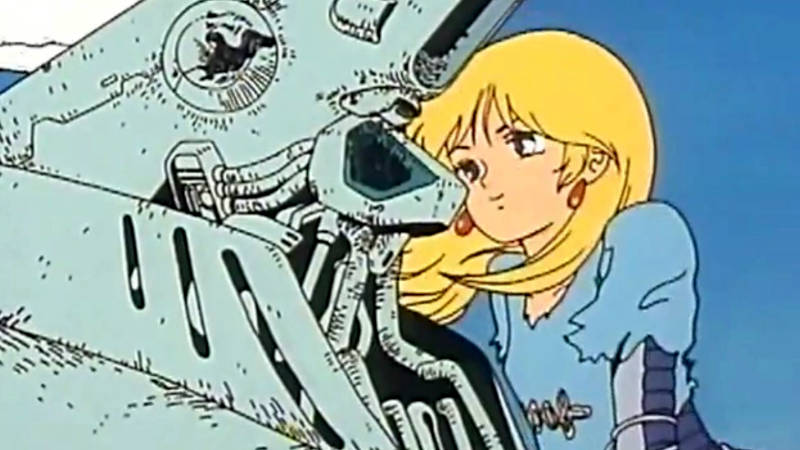 Hey you pilot that giant robot like a girl! Once considered a “man’s job”, like several other jobs, the occupation of being a mecha pilot has over the years shown that skill and finesse are not confined to one’s gender. “Anything you can do I can do better, I can do anything better than you, No you can’t… oh hell yes I CAN!”

Let us now pay tribute to a selection of ladies who are some of the best giant robot pilots EVER! And yeah, it’s an all 80s cast… as usual… you know me, no matter what year it is, to me it can still be 1987, or 1982, or 85, 89, 86… etc. etc. A small note, this will be a listing of pilots I know from shows I have seen. This means in the future I can create additional entries once I become aware of even more talented pilots. For this second round I pick… 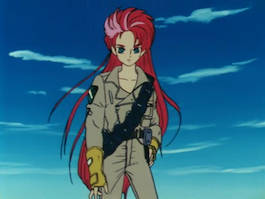 The Cyber Beast team’s only female member and pilot of the Land Cougar. Haunted by the love for her ex who defected early on to the enemy, Sara is perhaps the most complex character in all of Dancougar. Also has some of the best 80s hair in my opinion! 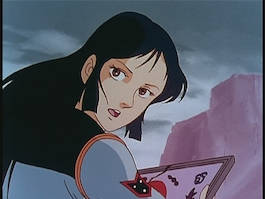 Piloting one of the submarine like mechs, the Aquatic Space Explorations Prober, that is Dairugger’s/Voltron’s right thigh, Haruka/Lisa is a valuable member of the Keats/Sea Team. 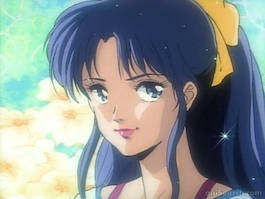 The idol of the academy and the most talented senior admired by everyone who looks to be the obvious shoo-in for the Gunbuster project. The coach thinks so as well and decides to pair her up with a novice freshman, which at first seems a little ironic. 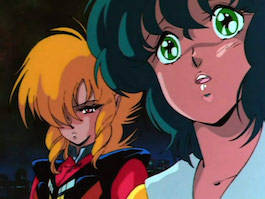 Meet the renegade Cthulhu who has more interest in saving the Earth and it’s people instead of invasion and conquering and her partner, a fairly typical high school girl. Much like a call to action, it is Iczer-1 who brings the hero out of the timid Nagisa. 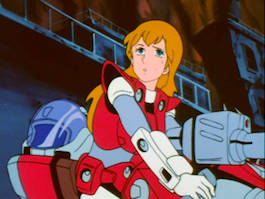 A streetwise girl on a motorcycle who is part of a rag tag group of rebels trying to get to Reflex Point, the home base of the invading alien race the Inbit/Invid. Just be careful during the journey when you bump into your own hometown and see an old boyfriend and your mom. 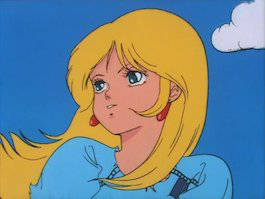 The things you find in a desert on a random day… A wandering nomadic girl happens to find a fossil of a warrior mech, Shaian, and quickly becomes great friends with the sentient wonder. Soon they fight Shaian’s old rival together and live happily ever after. How cute! 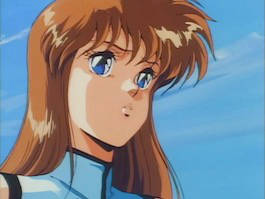 Mia was the first Dangaioh pilot to wake up and be put to the test of demonstrating her skills. She is the most quiet and gentile member of the Dangaioh team, but also the most capable of demonstrating leadership. Her superpower is that of moving energy which can act as a shield. 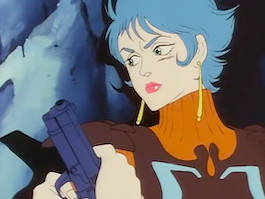 A talented and promising native Byston Well pilot who seems to always have a grudge on her shoulder. She is a strong feminist who believes that because of her gender she is always being overlooked for promotion… or perhaps part of it is her personal frustration? 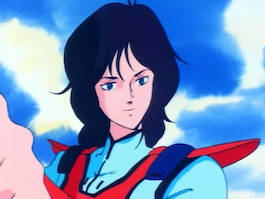 The tough as nails ace pilot for the Tactical Armored Space Corps whose no nonsense attitude and approach gives her a reputation of being an ice queen. Yet beneath the exterior she is very vulnerable and never lets that get in the way of her duty… except for that one time. 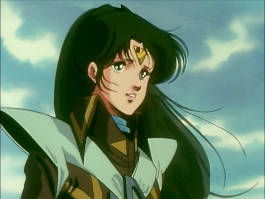 The emerging young ace pilot for Chiram Army who finds a rival in the supposed Singularity, or as the English dub called him, the Differentiated Idioblast? The only catch is the fact that this man that she hates so much is her long lost father… wait, what! NO!! This can’t be true, NO!!! 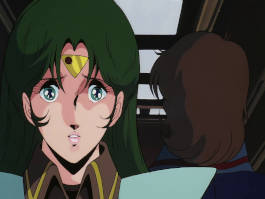