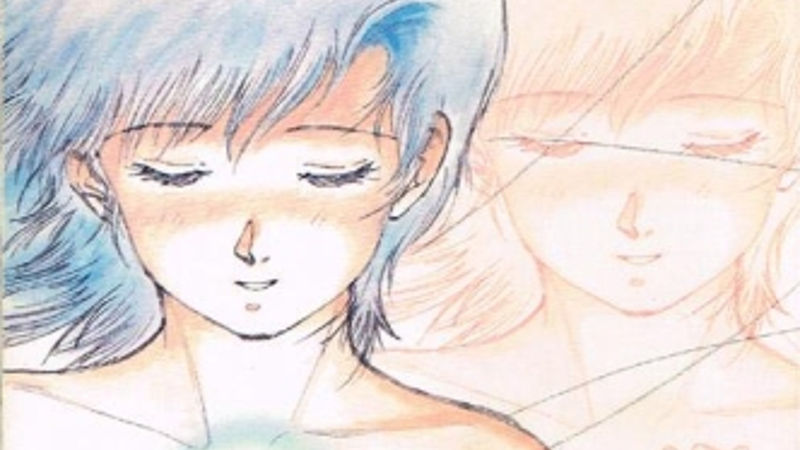 Pop idols are plentiful in terms of anime. Creamy Mami, Lynn Minmei (Macross) and Eve Tokimatsuri (Megazone 23) are three that come to my mind from the 1980s and depending on the audience are mostly, fairly well known names. Then there was Yumiko Kirita… now that is a name one does not hear everyday. Simply put she is a lost one hit wonder of sorts for her only appearance was in an obscure OVA from 1986, Okubyo no Venus. 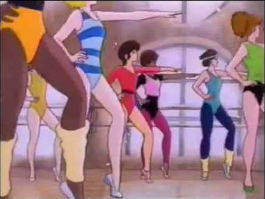 This time round the explanation with be quite short for Okubyo na Venus (sometimes spelled Okubyou na Venus) simply put because this OVA is only about 20 minutes in length. Very short and easy to digest. Yumiko Kirita was apparently one of the many pop idols in anime during the 1980s who had only a few hit songs. This OVA is the only document we have left of her career as far as I know. Four songs cover the entirety of this compilation of sorts (one gets repeated at the end by the way) that is styled after the then current MTV music videos of the time. Maybe this is her lone surviving EPK (electronic press kit)? 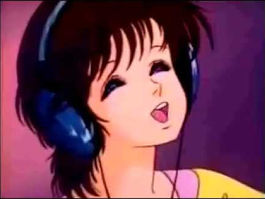 Dialog is absent throughout the production and each of the segments are small individual statements where only the songs, as well as the visuals, tell the story. This vaguely reminds me of Robot Carnival, though Robot Carnival was much larger in scale and concept, a true work of art. I have seen the anime Cipher also linked to Okubyo na Venus in terms of a similar style, need to check this one out eventually (update… I have seen it!). So then, these are the segments in a nutshell, hope this does not spoil things: the first follows a day in Yumiko’s life of singing, shopping and practicing; the second pays many an homage to classic movies and characters; the third is a slower more artsy collection of still shots and relaxed moments over a ballad and the final is a scene from a concert of hers. 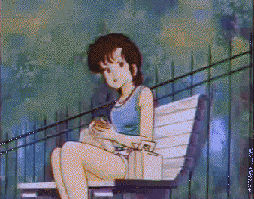 Okubyo na Venus is not your usual 1980s OVA. While the facade of idol signer Yumiko Kirita is flashed everywhere, there is after all a flesh and blood human being who brought her singing voice to life that also needs recognition. Her name is Maiko Okamoto and she as well needs to be recognized in this posting. Without her singing ability and the animation talents of those involved, this little oddity of an OVA production would have never seen the light of day. A simple, charming title, Okubyo na Venus without question belongs with the pantheon of our more usual 80s anime favorites. I shall now reserve a spot on the shelf just for you!