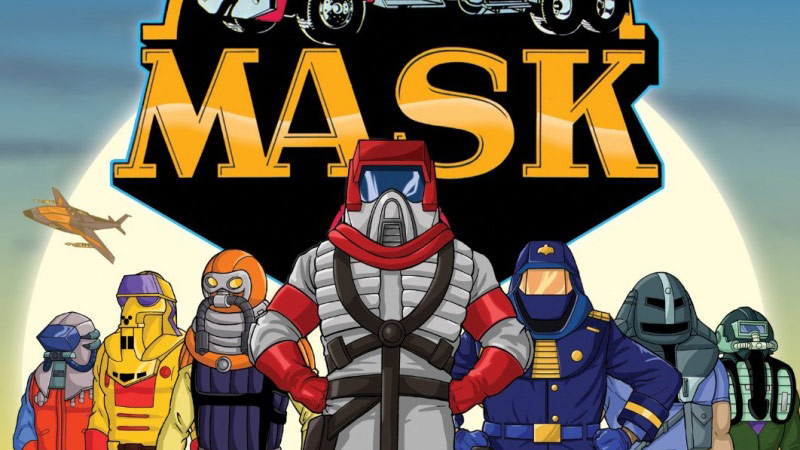 The old tagline once said that “Illusion is the ultimate weapon”? Can one consider M.A.S.K. to be one of the top tier of 80 cartoons? Oh YES! Now I don’t really have much nostalgia for M.A.S.K., but then again you may say otherwise. I have been with this show and watched it over the 35+ year history. I have it on DVD, I used to have some of the toys and I love making and remaking the vehicles out of LEGO. I love this show (obvious), so you might say I have strong nostalgia for M.A.S.K., but I prefer to see this relationship like a marriage. This is not part of my past, but a continual place within my present moment. M.A.S.K. and I, till death us do part… yeah right we’re both immortal 🙂

For the last couple of weeks while organizing my LEGO collection, I have had one show running in the background that I from time to time take a break to watch. Take a guess which show? Hmm… LEGO and M.A.S.K., is this 1985, or 2020? Does not matter in the slightest. Funny how M.A.S.K. is considered a niche property now, because I still remember it being one of the top shows of the time that we talked about at school. Of course those days are long gone (or maybe not?) and us die hard fans that still enjoy the crimefighting of the M.A.S.K. team against the conniving V.E.N.O.M. in a pseudo-mecha show. Wait a minute, there are no giant robots and the closest thing is T-Bob (yikes!), but still, you have to acknowledge piloting mechanical vehicles as a close substitute. 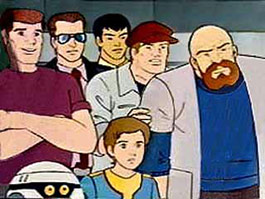 Matt Trakker, the blonde alternative to Batman’s Bruce Wayne, has it all. An expansive fortune that he seems to be donating to nearly everyone, a loving yet slightly mischievous son and a bunch of friends who all put on helmets with a special power and drive vehicles that transform to fight against the Vicious Evil Network of Mayhem. What should we call this club of crime fighters… why not M.A.S.K.? Mobile Armored Strike Kommand (Yes! Command with a ‘K’). You know, it would have been nice to have some back story in one of the episodes of how this all came about! There were some mini-comics that came with some of the toys to fill that void… and I have never read them as I don’t know where to find them. But everything else listed is what M.A.S.K. is all about. “M.A.S.K. crusaders working overtime fighting crime.” The theme song alone is all the backstory you really need anyway. 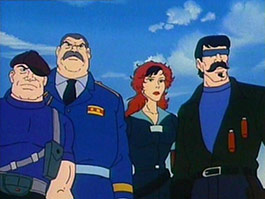 M.A.S.K. is in essence two shows in one. Season one is what a majority of us love and is basically described above. For the shortened season 2, the direction moved into more of a Speed Racer like racing series that seriously “jumped the shark”. Hey what happened? Those episodes are watchable, but are awkward… seriously why break the winning formula? I stick with season one, though if you like season two more I salute you for being loyal. The credits listing has many Japanese names that helped to polish the show into action. Assembled in Japan, but designed in the U.S. and Europe via the once awesome company DiC. One such name is Shinji Aramaki, who as a mechanical designer is brilliant. Megazone 23, Genesis Climber Mospeada and Madox-01 should give you an idea of his resume. It would be nice to know which studios did actually animate this show, because some of these episodes still look really good even today.

Perhaps one could say that M.A.S.K. is a prime example of a ‘toy’ show showing a half hour of shameless promotion. Yet if one only sees M.A.S.K. in this light alone, one would be missing out on the subtleties that makes M.A.S.K. magical. Often seen as a mix of G.I. Joe, The Transformers and even the A-Team, M.A.S.K. is the ultimate combination, more than the “ultimate weapon”. Exotic locations, fun action, great humor and puns, a smaller easier to digest cast compared to the previously mentioned G.I. Joe and The Transformers and a theme song (Shuki Levy you rock!)/opening credit sequence that is jaw dropping… who could ask for anything more? A show that took itself seriously by not taking itself seriously… brilliant.