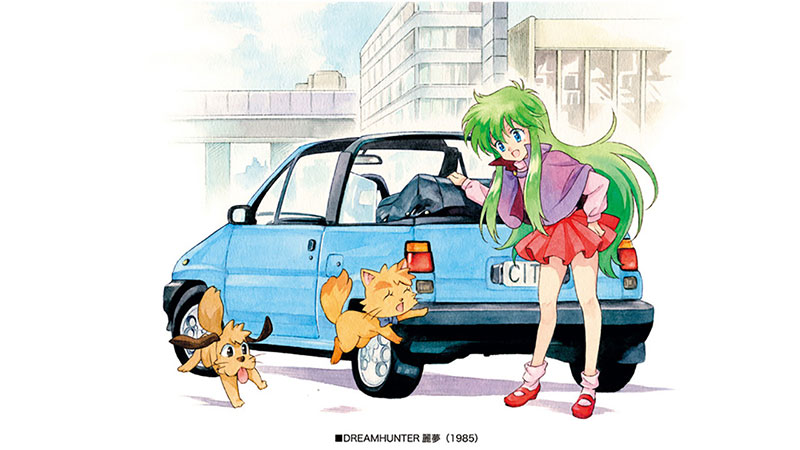 The world of dreams is a mysterious one. Often times we live out our greatest fantasies, or anxieties, in the dead of night when the subconscious is open to play. It is in particular that nightmares come into question for this entry as we explore an anime where our heroine works within this world of dreams. A variant of the magical girl, Dream Hunter Rem is a cult classic OVA series that beyond the cute clothing, can be quite intense and dramatic… horror and suspense at it’s best. So, what did you dream of last night? I had a vision to tell you all about Miss Rem’s stories. 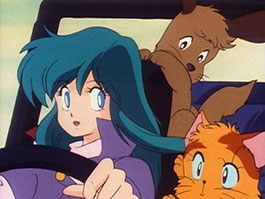 The usual case of an anime property that keeps ongoing with sequels is that it starts off really strong and them fades off, or the quality of consistency remains equal through out and when you are finished you feel a sense of satisfaction. Dream Hunter Rem is the opposite to both of these statements. This is a series that started out fair, decent if you may, and as each successful OVA was released the stakes, quality and storytelling would grow in leaps and bounds to the point that by the end of the third and final OVA I was sad to see it go. Who would have thought a half hour hentai stripped down from it’s more pornographic roots and re-released with a filler episode in a more mainstream and general style would spawn two sequels and leave behind legacy… albeit in the ranks of cult stature. 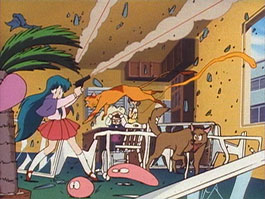 Rem Ayanokōji has it all… an adorable cat (Alpha), a cute dog (Beta), a Colt 44 Magnum (is this a real gun?), a Honda City Turbo and a detective agency… not bad for a junior high aged girl. Oh and I forgot, teal green hair! Rem’s business is based off her gift of diving into other’s dreams and subsequently relieving evil thoughts and spirits that can possess us and give us trouble. A true exorcist who knows her trade. When all else fails call Rem! This gift robs her of having her own dreams and one of her goals is to get them back. She usually sleeps near a client, or even sometimes in the same bed. While in her dream dive when she encounters any foes that become problematic, Rem can transform into a bikini like costume and with sword in hand kick some butt! Reminiscent of another 1985 magical girl, Yohko from Leda: Fantastic Adventure of Yohko. Even her cat and doggie can transform too into more fearsome examples of their breeds to help out when she is in a pinch. Wait a minute, what happened to the gun? I guess the silver bullets she uses can only go so far.

Several characters aid in support of Rem through out the three episodes including two men who act like her unofficial partners. This includes Detective Sakaki, a surrogate father figure, and a mysterious monk, Enkō. Enkō, much like a guardian angel, protects Rem similar to the dynamics of Miyu and Larva in Vampire Princess Miyu. Their destinies are intertwined and by the third episode, which in my opinion is the great work of the episodic trilogy, we learn that they have shared many a past lives as dedicated lovers. Soulmates never die?  A common feature to all three episodes are Rem’s classroom intermissions. Need a mid-episode break? These segments introduce you to the science behind dreams and how the brain functions during our times of rest. How often do you find OVAs that are covertly educational? … if even for only five minutes. 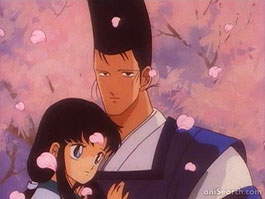 Always remember to never fear because Rem can protect you at night my friends. Nightmares beware and evil spirits run and hide… I know a dream hunter who will aid me in case I get an itch of fright. Sleep soundly, sleep tight and awake tomorrow to see the bright sunny light. A simple poem I dedicate to our beloved Rem, who forever will be our guardian of the nocturnal, have a good night and Amen … “Stars shining bright above you, Night breezes seem to whisper “I love you”, Birds singing in the sycamore tree, Dream a little dream of me.”