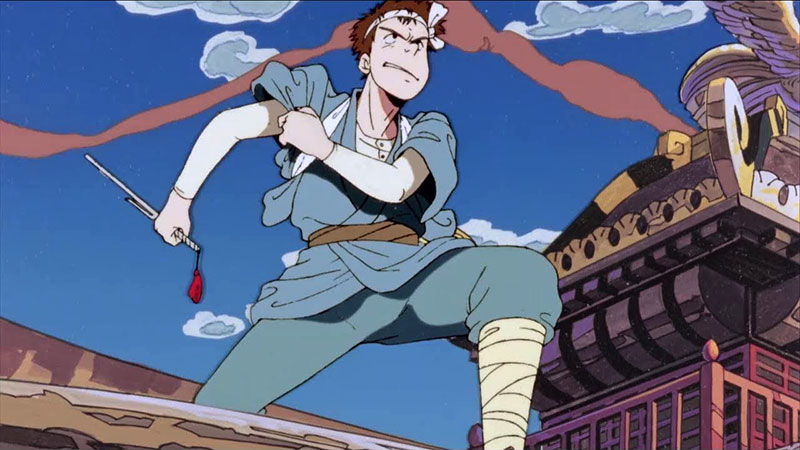 This is one of nine entries that take an in depth look into each of the segments of the 1987 anime compilation Robot Carnival. For the original entry, click here. 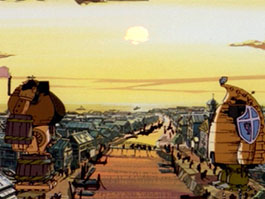 Now this is what I call a proper parody of the classic super robot genre with the stock and trade five member sentai team. Hiroyuki Kitakubo’s Strange Tales of Meiji Machine Culture: The Foreigner’s Invasion (also known as A Tale of Two Robots) could have been an episode for a full TV series, yet this is another specifically created segment for Robot Carnival. And forget about high technology, space, laser beams, or mythical magic as this is the early Meiji era, or the later quarter of the 19th century, so we are limited to coal, archaic electrical power, levers and pulleys and cannons (or fireworks!). Plus, a heavy dose of slapstick humor. And while several productions of Robot Carnival have a humorous bend to the story, Strange Tales of Meiji Machine Culture is straight up pure comedy gold. 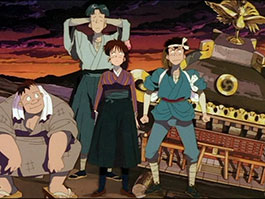 Ring the bells loud and clear as there is a strange machine arising inside a busy town. Commanded by a loose lipped wild eyed foreigner, this robot begins its invasion in earnest. Now who in their right mind could stop this behemoth? Enter five brave (and perhaps crazy?) youths who built a similar machine for an upcoming town festival. Although their robotic machine was not made for combat in any way, they give it all they can, fighting the good fight for both the pride of their hometown and all of Japan. Stuck in the middle are the rest of the town folk who watch in both awe and a little frustration as the town gets its fair share of damage. As the old saying goes… in order to make an omelette, you have to break a couple eggs.