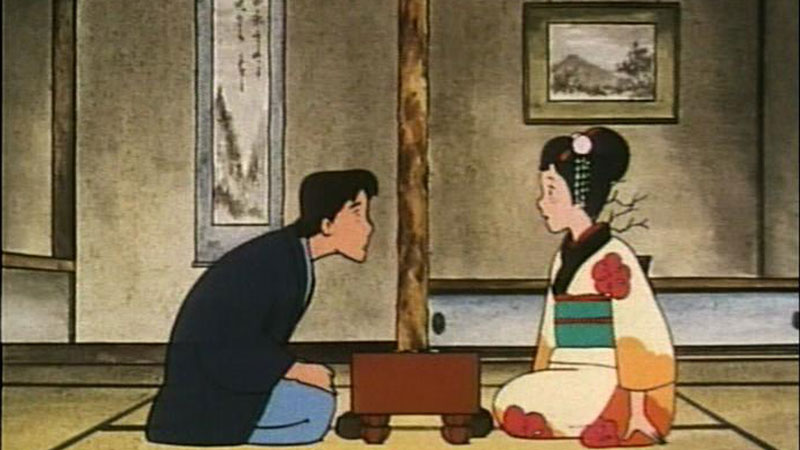 Never judge a book by it’s cover… same goes for anything else that is packaged. Advertisers can sell you anything, so long as the branding is attractive to you. Sometimes the plainest of outer shells contain the richest and most profound inner contents; true beauty at it’s best. Let’s recap about books again for a moment, literature if you will. One of the best ways one can look at a culture is to examine the stories that they tell. These tales give the personal experiences, feelings and outlook of those who choose to write it all down and express. Anime often times gets big and over the top and strives for something newer, brighter, more exciting, etc. But what of the classic literary tales of Japan, don’t they deserve a voice as well? Of course they do and with Animated Classics of Japanese Literature you can have your cake and eat it too without ever reading a line of text.

… Of course if you don’t speak, or comprehend Japanese, you will more than likely be reading subtitles for Animated Classics of Japanese Literature, or any other anime unless you have, or choose the route of a dub in your native language. So in the end watching anime can be like reading a book… sort of. Don’t you feel smarter knowing you watch cartoons? No matter which way you slice it, you are going to be reading. … 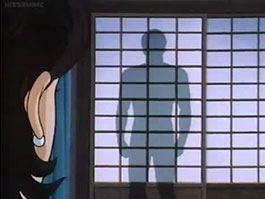 On it’s original release, Animated Classics of Japanese Literature went by another name. Sumitomo Life Insurance Youth Anime Complete Collection is the proper title as seen in Japan. The naming that I am familiar with and using in this entry, was used on the DVDs I found from the old Central Park Media catalog. An odd choice for that company back in the day, but I for one am glad that this was part of their repertoire. Similar to another Nippon Animation production, World Masterpiece Theater (Nippon animated both productions by the way), Animated Classics of Japanese Literature would translate native Japanese stories instead of the Western classics more familiar to the previous. Obviously! Except in the case of Animated Classics of Japanese Literature, these would be pocket sized entries as each episode, or two, or three, was a self contained story instead of the longer drawn out full series format. Hence we have an emphasis on the format of the short story rather than the longer novel.

Even to this day I have yet to see the complete series. The long out of print DVDs released here in the U.S. only cover a dozen of the 34 total episodes. And if I remember correctly, a few more episodes were also available on VHS. With only about one third of the series under my belt I can safely give a proper analysis due to the overarching format being an omnibus collection of smaller stories. This is not for the usual otaku type searching for magical girls or giant robots. These are mundane stories, very plain and mostly ordinary. Many are very dramatic, or at times comedic, depending on the source. As a fan of World Masterpiece Theater this was a no brainer for myself as I enjoy seeing literary classics come to life from my favorite visual medium of animation. As a lover of Eastern culture and philosophy, I welcomed these stories into my home like a traveling friend. As I have grown up in the west, all of these tales are completely foreign to my native experience and serve as an appetizer to introduce me to more of Japan’s literary history. Many of these episodes were memorable, but I always seem to remember The Harp of Burma most fondly.

To finish off, let’s go back to the beginning… never judge a book by it’s cover. Animated Classics of Japanese Literature may not win awards for glorious designs or high end animation. Animated Classics of Japanese Literature is also, in many cases, not what we gravitate towards our choosing of anime subject matter. These are mostly common everyday stories, similar to many of the books we read in school, or choose to now, that pertain to our cultural definition. Often times these stories have lasting value and even with a more budget appearance, their golden centers still shine.