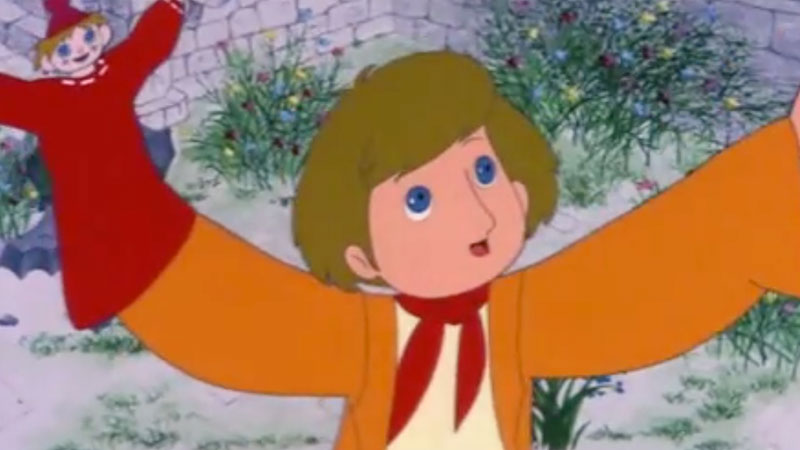 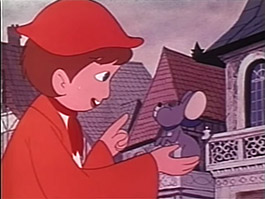 So… can we consider The World of Hans Christian Andersen a biographical film? Perhaps not, but from a fantastical perspective, let’s just say it is. Apparently a young Hans Christian Andersen is a young working class boy whose father is a cobbler, a shoemaker. Hans has a love of storytelling and he has a distant dream of being part of the local theater, a place he likes to frequent from the outskirts. What’s a poor boy to do with a dream with no outlet? Have a visit from that good old guy, the sandman, Uncle Oley. Sure sounds like an odd film? Maybe even silly and cliché? It is, but The World of Hans Christian Andersen is enchanting in it’s own way. 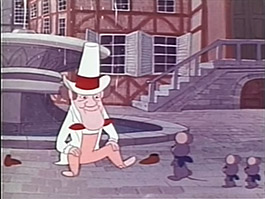 While this film may not be historically, or factually accurate (most films rarely are, even if they are based on a ‘true’ story), it is without question an inventive use of play and imagination. Could Hans Christian Andersen in his spare time have concocted many of his famous literary works in the prime years of his youth. Maybe? Perhaps? Or maybe not, but what can be true about any author is that one often pulls from direct experience. Many of his known classics like The Red Shoes, Thumbelina (a few anime adaptations are available), The Little Match Girl and The Little Mermaid (giving some love to the 1975 Toei version) amongst others all make some sort of an appearance in the film either as being part of the plot, or having a minor cameo. The World of Hans Christian Andersen is more of a general tribute to the work of Andersen than anything else. 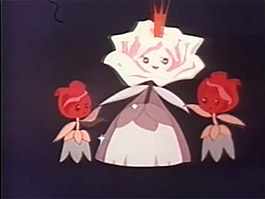 A product of Toei animation from 1968, The World of Hans Christian Andersen can be seen as an example of Toei’s de rigueur style. Simple, easy to digest and not confrontational. Also, perhaps a little on the cheaper end of the budget scale compared to my next example. In contrast, Isao Takahata’s directorial debut Horus: Prince of the Sun, is a complicated film, darker in tone and progressive in terms of content and ideology. Plus, Horus looks expensive and for its time, a bar raising standard for the future of animation in Japan. The established old guard vs. the rising younger generation. Even with all that was just said, don’t think that The World of Hans Christian Andersen is by any means inferior, it’s just an example of a different approach. Still I can’t deny that it looks rather cheap and goofy, but it still has it’s own way of being… appealing and cute. 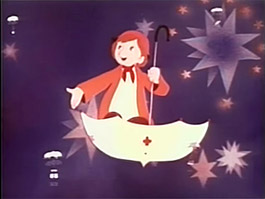 One thing does make me wonder about The World of Hans Christian Andersen… this movie reminds me so much of the so-called holiday cartoon classics (in terms of style mainly) we see here in the west that I often wonder was this perhaps made for the west from the start? From general research, it seems to come back time and again that this hypothesis does not hold up. Still? … There are far more important battles to find instead of worrying about cartoons. Just watch and enjoy them for what they are. The World of Hans Christian Andersen is one of those titles that came my way via an interesting source. Sometimes you find anime on bizarre dollar bin/dollar store shelves and wonder is this stuff truly anime? Then with a little research you find that this is a title that has long since been forgotten. Forgotten until you find it, watch it yourself and then write about it so others know that a movie like this does actually exist.

The wondrous world from the vantage point of youth, or even the innocence of childlike simplicity in one’s supposed adulthood is important to balance and retain in all of our lives. Such knowing that true riches are internal and are within the realms of our imagination. From that fertile ground of a garden known as the mind, the conscious and subconscious fuse together, you can create anything and I mean anything as boundaries do not exist. Such creations can include stories and the art of storytelling itself. This is the world and imagination of The World of Hans Christian Andersen.