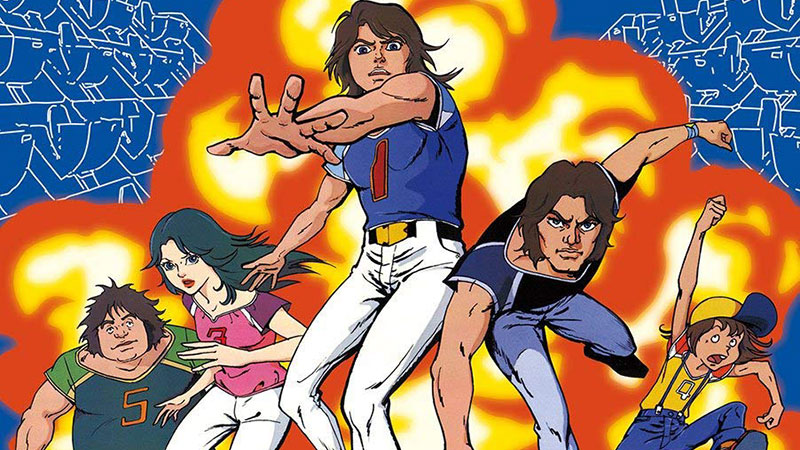 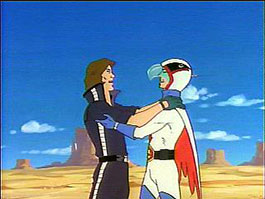 They’re back! My favorite sentai squad quintet of bird themed costumed, thigh high boot wearing superheroes… ee… maybe ninjas is more appropriate. Does it matter how you classify Earth’s ultimate answer to fighting the evil menace known as Galactor? As if 100+ episodes of action and adventure were not enough it seems our band of heroes get to strap on the capes yet again for another 52 episodes. Way to go! Sometimes one, or sometimes five, Science Ninja Team welcome to your sequel, Science Ninja Team Gatchaman II. Bird!… GO!! 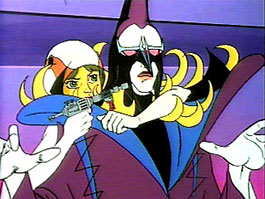 Now here is something for you to ponder. This series is set two years later from the original Gatchaman show, which was how long series one lasted, yet it previewed on screen six years after the initial release of Gatchaman (1972 vs. 1978). Hmm? Oh well better late than never? But a sequel, really? I mean the original show ended with a number of cliffhangers: the fall of Berg Katse and even the death of the beloved tough guy, Joe the Condor being the biggest two. Where do we go from here? Well Joe makes a comeback for a start. WHAT… HOW!? Thanks to a new character by the name of Dr. Raphael, Joe is now a cyborg. Kinda like Casshan… good job Tatsunoko Studio to tie in themes from your other shows. Plus, the Gatchaman crew have new weapons (I miss the old ones!), new mechs to pilot and an all new God Phoenix with a R2D2-type robot (or maybe 7 Zark 7?), plus a new assistant in the name of Dr. Pandora. And lets not forget we need another non-binary type villain of questionable gender to accompany Leader X… enter Gel Sadra. 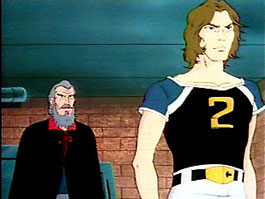 So with all these new changes, does anything stay the same from before? Well, Dr. Nambu still has that wicked mustache, the minion troops of Galactor still have those nasty green uniforms and Leader X still has that awesome voice, mesmerizing and menacing. Thankfully the feel of the show is very similar to the original as it was produced by the same studio, used the same voice cast and was produced in the 1970s (get funky!). So it’s just a complete carbon copy? Well… not really, but in many ways, yes. It’s been a while since I have seen series I, but wasn’t there more plot that resound around a lot of kaiju type mecha and using the Firebird Technique in the God Phoenix. HI NO TORI!!! And what about a lot of the techniques where they join together that look totally ridiculous, but we love it all because we wish we could do that. Maybe the memory is a little fuzzy… hazy more like it. But one thing I can say for sure, there was hardly any calling out of Bird GO!!! to allow the transformation process into the awesome costumes. 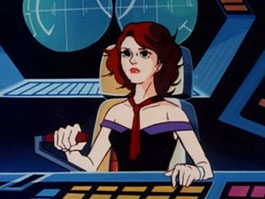 Yet the Science Ninja team are still the same characterizations. Ken is still honorable and cool headed, Joe is still a tough and vulnerable (yet now a cyborg… fancy!), Jun is still adorable and strong, Jinpei is still a goof ball kid (yet his voice has dropped… puberty) and Ryu is still the token big guy and perfect in his own way. The stock and trade quintet sentai squad that is the definition of sentai squads. Now drawn in a little more of a slightly more sophisticated style. The line work and designs are still the same, but comparing 1972 to 1978 shows more fluidity. A great example of my theory of anime of the 1970s, which shows the evolution from the archaic 1960s into the classical 1980s. Now remember it is only a theory and my opinion, it is ok if you disagree. So which do I prefer? Both! TV animation from the early 70s (think Ashita no Joe, Cutie Honey, Aim for the Ace) and late 70s (Rose of Versailles, Mobile Suit Gundam, Space Pirate Catain Harlock) are BOTH welcome in my house.

Gatchaman II… fun show. A great compliment to the original, but I kind of favor the original by a hair… I mean hey, it’s a classic. One thing that did get me about Gatchaman II, which was a huge surprise, was how poignant the ending was and in one case brings a tear to your eye. Such is the magic of well done anime. Now… onto Gatchaman F, or it it Gatchaman Fighter? Whenever it doubt between a choice to two, have BOTH!