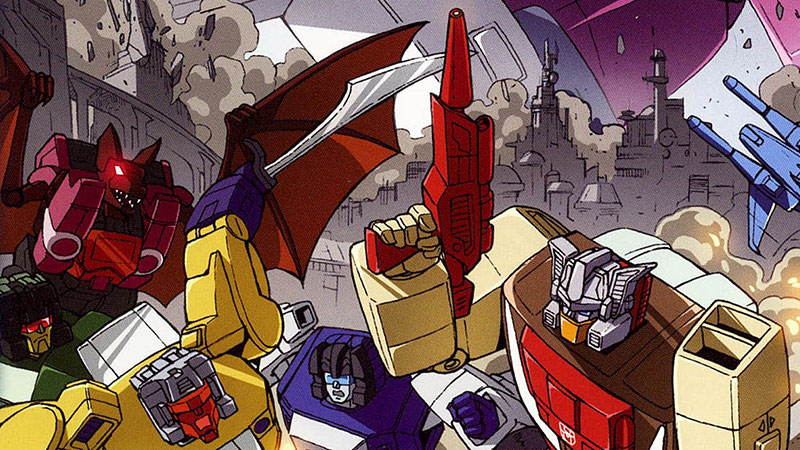 Essentially this is a matter of deciding between A or B. 1987 would be a turning point and in a way, a wrapping up of the original Transformers G1 story line that began back in 1984. In the west we had The Rebirth, a three episode finale. Only three episodes to tie up everything and… and introduce another year’s toy line!? Hey Hasbro and Sunbow, way to go for being cheap! Now in Japan, Takara and Toei would create their own alternate series, The Headmasters, with a 35 episode length, which means more space for a story. Now that is more like it! My vote will be in favor of Japan on this one so this means it’s time to… Transform HEAD ON!!! 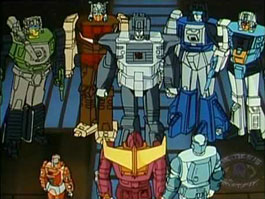 Warriors from deep space arrive during a climatic battle on Cybertron and in time, turn the tide for the everlasting war of The Transformers. The only thing is that these Transformers are not like others that have come before. They are two in number, one being the actual Transformer itself, of about human stature that transforms into a head that connects to a vehicle or animal that becomes the body… the Transtector to be more precise. A brand new concept for The Transformers, but a subtle variation of traditional mecha anime. This is for all intensive purposes a robot and it’s pilot, but with additional play mechanics for the toys. A brilliant idea! These are The Headmasters and this was their show as these characters, amongst others as well, slowly took over from the previous well known cast of heroes and villains. 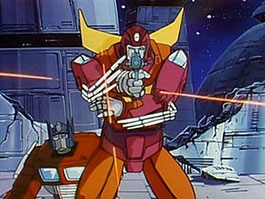 And in style these previous generations of heroes go out in style. Fans demanded to have Optimus Prime back, but that architype had it’s day in the sun and in The Headmasters they let him heroically die again sacrificing himself for the greater whole. Blaster and Soundwave both die and resurrect into Twincast and Soundblaster, Ultra Magnus would fall sadly and Galvatron gets what is deserved for an evil tyrant. Rodimus and Kup voluntarily retire… WHAT!? But don’t fret we get to keep Wheelie and Daniel and Arcee becomes an almost surrogate babysitter to these two (now thats just not right boss). … Well now, I have to take back that all our old favorites part ways for the best pastures.

Now as for this new cast of Headmaster characters (say hey to Chromedome and Cerebros/Fortress), the Headmasters show delivers one key important feature over the Rebirth… mythology. The concept of a group of smaller Transformers retreating from Cybertron to land onto a strange planet (named… Master) to begin a new life is a little more interesting than just combining with humans on a whim. Survival becomes the order of the day and the creation of the Transtector body helps to turn the tide for these miniature Autobots and Decepticons. A revolution that sparks an evolution. 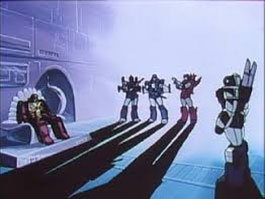 I often find criticism towards the The Headmasters questionable. When I first watched this series I had a little of a knee jerk reaction as The Headmasters follows a more traditional Japanese shonen adventure pattern. At the time it would seem to be sacrilege to view the Transformers with different sensibilities toward plot and particularly humor. Yet I still found this show very entertaining, but a recent rewatch helped to reopen my curiosity. Having familiarity towards anime in general will lessen this blow, but I know some folks who have watched this show are strict diehard Transformers fans and not into anime. The ideal would be to be a fan of both as you get the best of both worlds! … And yes the Omni production English dub that floats around is quite laughable in it’s interpretation, but don’t let that stop you from following through with this series. Give it a try with the original Japanese track and subs and then decide. 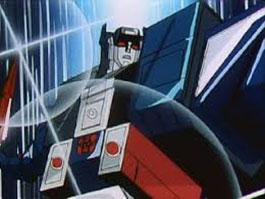 The beauty of The Headmasters is that it opens up an alternative view. If you want to finish off the classic G1 Transformers you can stick with The Rebirth trilogy, but you would be missing out on another point of view. I began this posting by saying this is a choice between A or B. A… B… ah well, which one? Or perhaps why choose at all, have both! Because in the end this is not so much choosing an option… more like having the official album and the sought after bootleg at the same time. Thank you Japan, Toei and Takara for The Headmasters… “Transform Dash!”