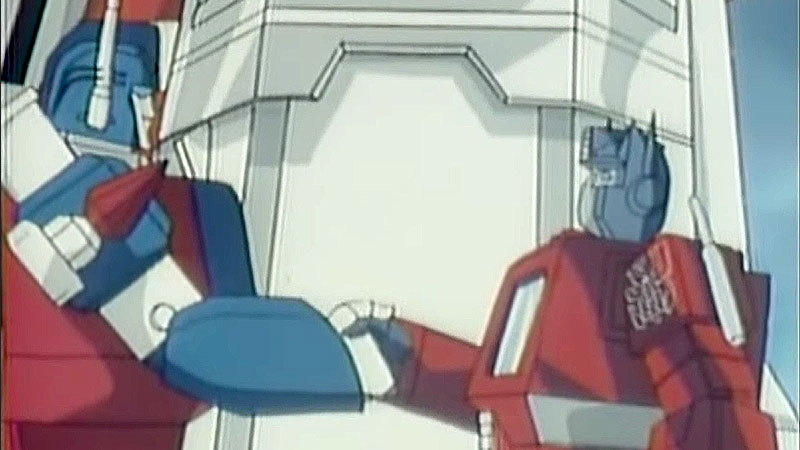 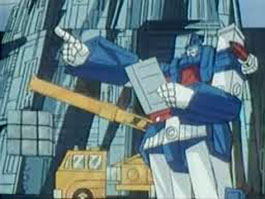 Now if that wasn’t a blatant toy commercial wrapped into the guise of an OVA, then I don’t know what is. Truth be told, I don’t mind because this OVA is for the original G1 Transformers. I grew up a fan of the transforming robot sci-fi epic and I am still loyal to ye olden tales of The Transformers (Autobot fan for life!). Yet this one off half hour entry was not on my radar screen back in the day. I had no idea it even existed, but as years passed I kept hearing about a story by the name of The Transformers: Scramble City. What makes this entry into the G1 saga so unique? 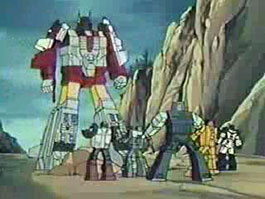 It is the year 1986, Hasbro In the west and Takara in Japan would unveil a new line of The Transformers for the upcoming year. The question would be how to promote this line prior to the third season of The Transformers cartoon (by the way if would be the second full season in Japan)? In America a huge blockbuster of a theatrical film was in the works and would be released in the summer. This film would not make it’s way to Japan until 1989, well past the lifespan of the first G1 timeline. Ironic since the film is crucial to the overall epic story of The Transformers. Yet Japan had another way to introduce the 1986 line. It would be a one shot direct to video release since the ever growing OVA market was blossoming.

The Transformers in Japan up to that point was only adapted material from America. The first two seasons were combined into the first series to be shown in Japan. Ironic how an original Japanese toyline would go to America, get adapted for that market and then return to it’s homeland with a different name (Diaclone and Microchange) to enjoy even greater success. Everything related to The Transformers in the realm of animation up to that point was western in origin, until Scramble City. The Transformers are often categorized as anime, but the original G1 98 episode show technically is not. Yet Scamble City does count as anime since it was produced for the Japanese Domestic Market (JDM… any car enthusiasts out there?).

The story begins as a retelling of the beginning of the original TV series. Scenes from the first couple of episodes fly by into more contemporary scenes from what would be the second season. Optimus Prime and the Autobots are at a stalemate against Megatron and the Decepticons, a new strategy is needed. Now begins the original material where we see the Autobots building a large city type fortress. Now we meet a new character, Ultra Magnus, who is in charge of the construction. In essence this fortress is yet another character, remember Metroplex? Who knew that these two characters where on the scene before the plot of the movie? 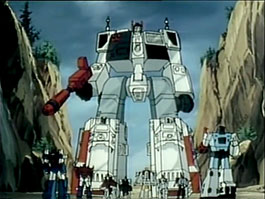 Yet the construction of Metroplex is not the only main feature. The concept of how the toys play is also brought into the fore by the introduction to many of the famous gestalt combiners that include one robot as the body, two for arms and two for legs. A battle ensues near the end of the OVA (no surprise…) and one by one the Aerialbots, Stunticons, Protectobots and Combaticons become Superion, Menasor, Defensor and Bruticus. Sometimes certain members switched from arms to legs and at other times combined with different teams. Superion found that out the hard way! The OVA calls this ‘Scramble Power’, which is nice because we never had any cool naming conventions for the combining capabilities here in the west.

The Transformers: Scramble City was and still is a good little oddity in the G1 universe and is perhaps the most honest piece ever created for The Transformers. Just a simple toy commercial, but a very creative and longish toy commercial. Or perhaps it was a long lost episode for the second season here in America? We may never know…