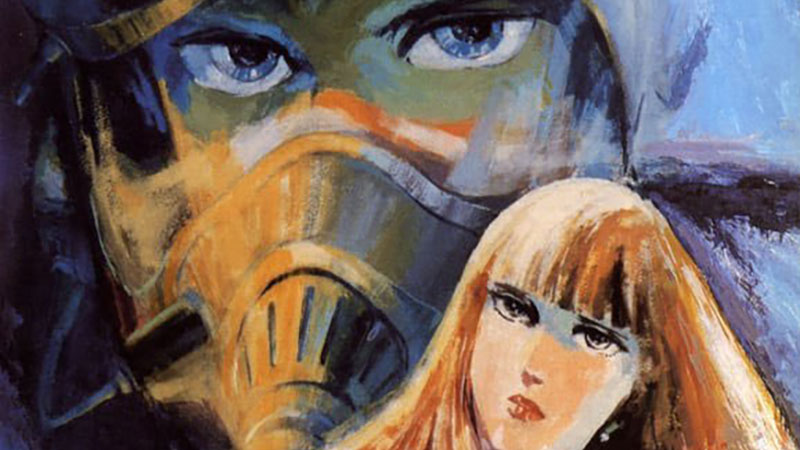 Do you want a proper story about revenge? How about a sequel that is more like a crucial missing chapter? Do you enjoy Armored Trooper Votoms? I hope you answered yes to all three of these questions because Armored Trooper Votoms: The Last Red Shoulder is perhaps one of the best examples of the early use for the OVA market to add depth to an already strong property. Prepare to strap into the Scopedog once again for yet another mission and this time, it gets personal.

Chirico Cuvie may be the most fascinating character is mecha history. He is not heroic, hot blooded, or even a rookie to being in a mech. He is a stoic, slow burning and taciturn battle scared veteran. In more direct terms, he is one of the deadliest of the deadly, one of the Melkian army’s most feared killing machines, a Red Shoulder. Yet, Chirico and a handful of other cynical grunts are seen as undesirable for their acts of showing defiance towards the established military they are a part of. Biting the hand that feeds you! Years later and having survived the atrocities of the Hundred Years War of the Astragius Galaxy these four men reunite for a solitary cause, to go after the man who made them into Red Shoulders and then left them for dead. Their target is General Yoran Pailsen. After escaping a secret mission, torture and interegation and then the troubles of Uoodo City, Chirico joins these other three men and begin to plan. But can these four independent dissidents work well together?

While Chirico may be the star of the show, he only represents half of this OVA. The second half belonging to his future adversary, the troubled and mysterious Ypsilon. We see his birth so to speak as he opens his eyes for the first time in an almost Garden of Eden like setting with the other so-called Perfect Soldier of the Votoms universe, Proto One, or in the eyes and heart of Chirico, Fyana. She mentors the naive young man before the influence of the training and brainwashing he receives from the secret society that Chirico is so interested to find out about. Watching this OVA gives a little perspective towards the humanity that was once in Ypsilon. It just goes to show that villains are just like the rest of us, just a little more perverted (hey not in that way kids) from internal or external circumstances.

The beauty of this OVA is the fact that is acts like the lost 53rd episode of the TV series. Or, perhaps it should be episode 13 part 2 as this story sandwiches nicely between the first two arcs of the TV series: Uoodo City and the Kummen Jungle Wars respectively. No matter how this OVA is defined, The Last Red Shoulder is required viewing in the Votoms universe ONLY… if you complete the original TV series first. The plot and characters will make perfect sense as we see elements from the later parts of the TV series make small, but vital entrances. The production of a few more model kits may have paved the way to help finance The Last Red Shoulder, but the real substance so to speak is the revenge story and the new characters that we get to invite into our space for the time of about an hour. But as you near the end of this OVA you may crave some action and you shall be rewarded. The only question is who will make it out alive?

The rich palette of seriousness and gritty texture is what makes Votoms a special mecha property. Armored Trooper Votoms: The Last Red Shoulder smells of oil, blood and sweat, feels like bullet scared metal and looks of the dull nasty green of army surplus. War is hell and it can drive a man (or woman) to insanity, or leave personal traumas that need serious time to heal. Armored Trooper Votoms: The Last Red Shoulder brings you back into this dark world of dramatic hell that surrounds the politics and drama of the Astragius Galaxy and it does it so oh so excellently. Highly, highly recommended.