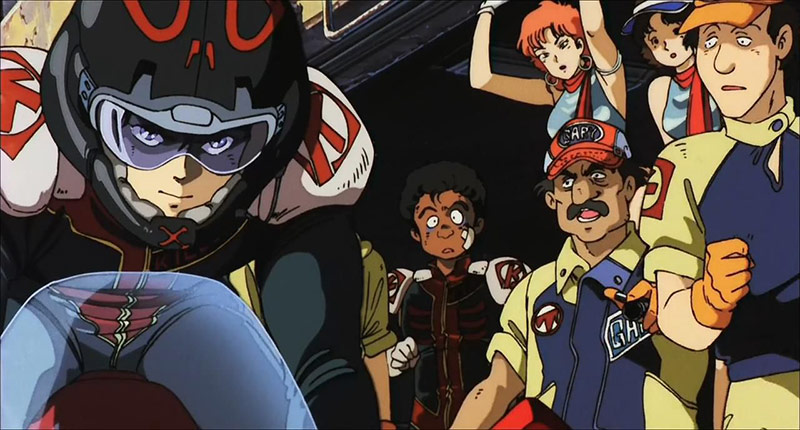 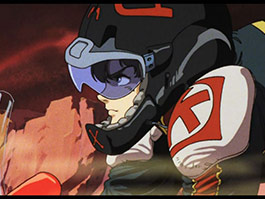 You and me go back quite a ways, eh Venus Wars? True story… I introduced a couple of my friends in high school to Robotech and eventually they would become a little bitten with the anime bug. I can’t say for sure of where they are today as I have not seen them in quite a while, but one of them ended up getting Venus Wars on that old standard we all loved a long time ago called, VHS. I remembered it as a good film and oddly enough it would be one of those properties that acted as a bridge between my early years of initiation and my later years of being a hard corps classic otaku. I just got a copy on Blu-Ray and re-watched it for the first time in HD. Do I still find Venus Wars enjoyable? 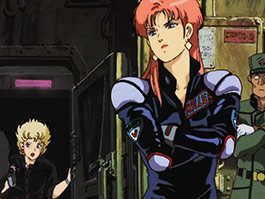 So apparently in the future (2003 ah what a year) a comet collides with Venus and over a short period of time. The second planet from the sun becomes habitable, though life is difficult. Farms don’t yield the prospects that politicians promised and in due time tensions heighten between the nations of Aphrodia and Ishtar. Now enter our main cast… the first being a group of young bike racers and their entourage called the Killer Commandoes who compete in a sport mixing traditional racing with more contact and rough house like Roller Derby and the second, a spunky reporter arriving from Earth to get the scoop on an impending war. And just like that Ishtar invades invades Aphrodia exciting our reporter, Miss Susan Summers, and shocking our bikers and crew: Hiro, Maggie, Will, Jack, Miranda (I love you Miranda!) and the grizzled team manager Gary. Soon Miss Summers will come into contact with the Commandoes and there first order of business is to get rid of one of Ishtar’s tanks at their beloved stadium. 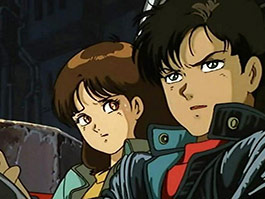 So… let me sum up the rest of Venus Wars with one name, Yoshikazu Yasuhiko. Venus Wars looks like a YAZ show, it acts like a YAZ show, so I have to love it (Yeah for YAZ!). The director and character designer of the likes of Crusher Joe, Giant Gorg and Arion (and don’t forget he was character designer of the original Gundam), Venus Wars would be his final work within the frame of animation until the adaptation of his recent more manga, Gundam: The Origin. This film is based off of his manga (no surprise), which from peaking at a couple of chapters, seems to be a little different. Hmm? No problem though. Venus Wars is kind of a mix of Gundam with Akira. Hiro, our main protagonist, is similar to Amuro Ray, though I have to give more credit to his ‘character’ to that of Zeta Gundam’s Kamille Bidan. He has a major chip on his shoulder.

My only gripe on this movie is that it ends oddly for me. Our hero Hiro (is that a pun?) is active in the deciding battle and from what I can tell this was the only battle he was in? Then he gets honored by his unit and is let go to find his friends (which ends up with him reuniting with girlfriend Maggie) all the while enjoying a music sequence of him riding around. To be honest, I should get off my high horse, but it just seemed like a bit of an elongated finish after the climax that seemed to have come a little too soon. I will now retreat from the soapbox. 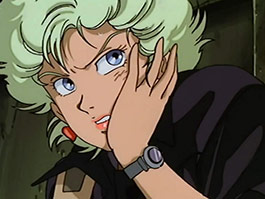 As I mentioned earlier my first exposure to this movie was at a friends house back when on VHS. A few years later when I was in a small town stopping at a video rental store (do you remember these?) I came across a used copy of the original DVD release by Central Park Media. It had been a while since I saw the movie and it was on my mind for some reason. Then lo and behold it was in front of me. Fast forward to a month ago and purchasing the new Blu-Ray release and wow how it looks pretty. Maybe no where near say an Akira, Wings of Honneamise, or Patlabor: The Movie, but it is very fine indeed for a fun action flick. Look at all the pretty colors 🙂 Nothing beats hand drawn animation!

You and me have been together quite a while, eh Venus Wars. Motorcycles, war, young people coming of age, action and all on the planet Venus to top it off. You may not be the best movie of all time, but who cares, you are a fun ride still today as ever. Venus Wars, you have been a loyal companion, may we ride again in the future.

…also to all my Studio Ghibli fans… you know Joe Hishaishi right? Well the soundtrack to Venus Wars was composed by none other than him. How about them apples?