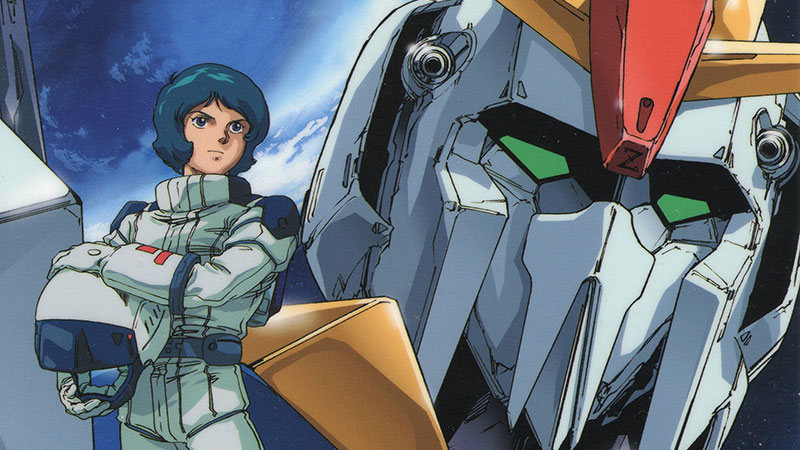 “Whether in the afterworld or someplace else, the soul that used to inhabit this cold shell is probably not at peace. And further out there is a green planet… ” … I love that intro and yes I love this show. While I often think you can never go beyond an original, this is a big exception. This is not a sequel, nor a followup to Mobile Suit Gundam. Mobile Suit Zeta Gundam is a melancholic ride of intensity that can never be topped. 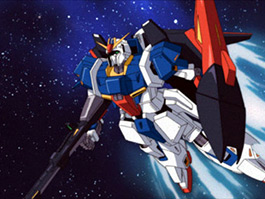 For me Zeta Gundam is the pinnacle of Gundam. I have not seen every Gundam series and to be honest I don’t know how I can. This show left a mark on me that I cannot shake even now. At it’s best it might be the most brutal and passionate tale of epic space opera mecha. The aftermath of ZZ Gundam and then Char’s Counterattack left me disappointed as I felt the story had no where else to go, or just didn’t go anywhere. Zeta Gundam, for me, was the top of what mecha once was and became. Even watching mecha related shows from later decades that take on the direct seriousness and drama, for me, are more cookie cutter or fall flat with being a bit too much for what it is (Evangelion is an exception, but that is it’s own brillance).

When I first watched Zeta I had no idea what was going on and this was due to the fact that I had zero exposure to the Universal Century timeline. I watched almost a third of the show and proclaimed I had to go back a little further to make some sense of all this. Once I got around to the original Mobile Suit Gundam series and digested all there was I was in much better shape. I would come back to Zeta and digested the first half this time with glee and joy. I would eventually purchase the second half and, no lie, watched the final 25 episodes in what was possibly one of the greatest endurance runs of my life. In the span of a day and a half I would finish that second half and my life was never the same.

Zeta takes place about eight years after the original series and for me the real draw is our new protagonist. I love Kamille Bidan. Some say he is troubled, maybe autistic. It may be that, but his confusion and angst mixed with raw ability hit very close to almost looking in the mirror. I get this guy, totally get this guy. Also with the reintroductions of Char Aznable… I mean Quattro Bajenna (love those shades dude), Amuro Ray (who I still find it hard to believe had a back seat role in this chapter), Bright Noa (welcome back captain) and most of the other members of the White Base crew makes everything proper and tidy. And with a plethora of many more new characters in this series as well, it is sad to say that a minority live to the end. Many tears have I shed over and over again over the loss of so many folks including the troubled Four Murasume and the brilliant Emma Sheen.

Now I want to discuss the ending. How do you describe it… kind of like a car accident? All that heavy action and movement, which breaks to a moment of reflection and confusion which seems to stand still. Where am I, why do I feel in shock that I can’t even talk, what just happened? How sad to watch our protagonist, Kamille, once filled with such passion and drive become nothing more than a confused shell. And that is our finale. Cut… done. That’s it? Yup and somehow even though many call it a downer and open ended ending, I find it beyond satisfying. This is not some wrapped up in a bow Hollywood every one wins and smiles at the end kind of ending. This is a close the book, take a breathe and sighing out type of ending. You have to take some time to process what has just occurred and not just only the ending, but the whole show as an entirety. And because of the need of this processing, it stays with you. LIKE GLUE!

Zeta Gundam… a product of it’s time, a pinnacle of a generation and a classic for all time. One of my all time favorites now and forever.