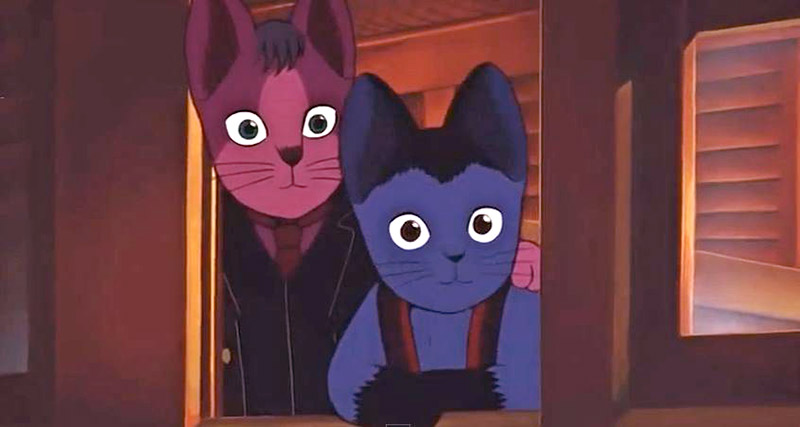 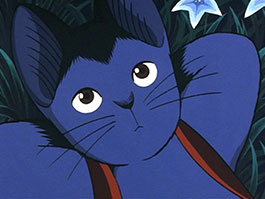 I lay awake at night and often think and wonder. A child’s question of, “Mommy, what happens to us when we die?” Or, “Why do we have to suffer?” come to mind. Deep questions, but very important to have a sense of knowing that death is not an end and that life’s lessons can be hard, but beneficial for growth. In the end we all have to make sacrifice and when that sacrifice is to better another for no reason beyond providing a moment of respect, then that is unconditional love and true friendship. This is my friend, who I love, Night on the Galactic Railroad. 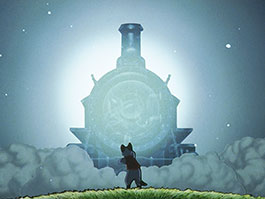 Childhood can be a difficult time when you are a small and quiet child. Particularly when you grow up as a boy as you can be an easy target for bullying from other children. This is even more true when you are not involved with your fellow peers. Giovanni is such a child. He often falls asleep in class, not because he is a slacker, but because he has to sacrifice for his family. With an absent father and sick mother, young Giovanni has to work to help the family unit. He is essentially alone in the world around him, but his life is about to be turned upside down. On a quiet night he is welcomed to join an incredible journey as a locomotive arrives in a field he is laying in out of no where. And like in Galaxy Express 999, this train does not run on tracks, but flies through out the expanse of outer space… the only way to travel.

Aboard this train he meets his classmate, Campanella, who has always shown compassion towards Giovanni and the two of them enjoy a travel to the stars and beyond. Along the way they meet other travelers and discover the beauty of what the universe has to hold. Each circumstance brings it’s own experience or story as Giovanni and Campanella both enjoy their voyage. Is this all a dream? Could it be the line between life and death? Why are these two boys on this train ride into the great vastness of the universe? 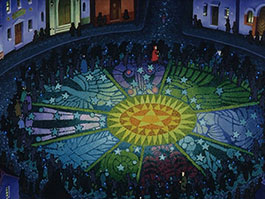 Let us look at the concept of sacrifice once again as we all know you can’t get something for nothing or achieve without giving up something in return. The basic law of compensation. The ‘Flame of Scorpio’, which may be my favorite bit of dialogue in the whole movie, I think wraps up the whole idea of giving for a greater cause. Of any ‘children’s story’ I have come across, this has to be the most spiritual, deep and melancholy. As C.S. Lewis once said, “A children’s story that can only be enjoyed by children is not a good children’s story in the slightest.” So true for Night on the Galactic Railroad. 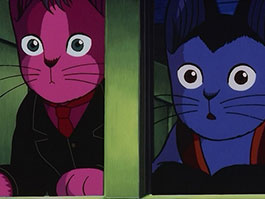 Plus, this movie has anamorphic cats for it’s main cast. I’m a cat person, so there is a little bias, but from early on the production crew wanted to portray our main cast as other than obvious humans. After all a cat can have a human experience too, as they have a particular sense of their own consciousness. Mix that with the references of Miyazawa’s Buddhist ideals and a sprinkle of Christian symbolism makes this a film that can be understood no matter your beliefs. Faith and spirit always return back to the one source. And that source is the beauty of the darkness and space and the reality of the material and closeness of the cosmos and our own Earth. Night on the Galactic Railroad reminds us about the joy and terror of the unknown as that unknown brings exponential rewards.

How does one describe such subtle beauty? In the vastness of the dark of space, or on our planet Earth, we can often feel out of place or alone. But in all the space between most of us there is always someone who will want to share a moment of time with you? And some of those moments might be the best and/or the last time another may share only with you and you alone. Never underestimate the power of those who love you or, the power of the universe itself or… the power of this movie.